No Matter Where You Live, the World is More Unequal Than You think

Oxfam: 85 richest people as wealthy as poorest half of the world, poorest 3.5 billion of the world’s population.

Your Task: Point out the overall poverty situation on the given map with names of the country and colour index to learn where do the poor live?

Inequality within a developing country

Inequality in a developed country: Germany

Consumption means using up of a resource.  The word ‘Resource’ denotes anything that has functionality. It could be natural substances like water, wood or supply of skilled workforce.  Geographers are particularly concerned to study the balance between the availability of natural resources, demand and consumption pattern of the resources and the role of technology to unlock resource potential.

It signifies the number of people that can live at a high standard of living in any given environment or in any country  in respect to the available resources and technological capabilities.. The concept of  population ceiling was first suggested by Malthus as a saturation level where population equals the supporting capacity of the resource (to him it was food production). 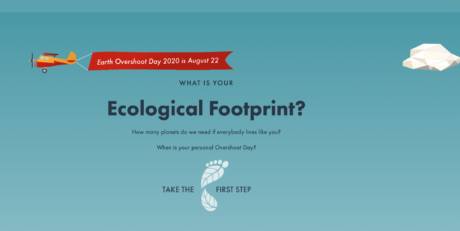 The carrying capacity of our planet is not unlimited. The amount of production we can do to satisfy our needs is limited too as we do not have unlimited resources at a particular point of time. We are consuming more and more. We are creating huge amount of waste and polluting our planet without much consideration. WE are responsible for our problems.

Instrumental: Identify the problems from the pictures

What comes to your mind when you look at this video?

Identify/make a list of the environmental problems indicated in the following videos using appropriate subject specific terminologies such as deforestation.

Self check of your observation: The longer your list, more attentive you are and more aware you are about your planet, where you live.

Global Consumption of Resources: We are consuming more and more:

Overshooting of the carrying capacity

Definition of Ecological Footprint: The theoretical measurement of the amount of bio-productive land and water a population requires to produce the resources it consumes and to absorb its waste under prevailing technology. Ecological footprints are measured in global hectares (gha).

Ecological Footprint is not evenly distributed across the globe. Calculation of the Gini coefficient for total Ecological Footprint and its components helps to understand the pattern of inequality in overall resource use. According to a study be Dr. Margaret Lowman at New College of Florida, the average ecological footprint for one Chinese citizen calculated in 2006 is 2.0 (meaning that it takes two global acres of resources to sustain each individual). The average footprint in Beijing is 6.2, indicating that urban residents consume more energy than rural dwellers. In contrast, the average ecological footprint of an American is 24. According to the Global Footprint Network (Aug, 2017), humans are using resources that will not be replenished. At some point of time, human ingenuity will come head to head with the rising population and demand through higher crop yields, application of the energy efficient technologies and by developing a sustainable water-food-energy nexus.

Click here to view the map of global ecological footprint: Analyze the distribution and find out the reasons behind.

WWF report on ecological footprint :  We would need the regenerative capacity of 1.6 Earths to provide the natural resources and ecological services we currently use.

knowledge question: Humanity’s demand on nature has exceeded what our planet can replenish.  Is it justified that India, China and other developing countries to develop faster? – debate on the basis of facts, opinion, ethics and rationalism.

Find out who are the richest ones in this World with stunning GDP per capita in 2020?

Find out the richest and poorest member countries in the EU

Now analyze per capita carbon footprints of the countries. Why it is so different?

Poverty is scarcity or the lack of certain amount of material possessions or money that causes deprivation and inequality in terms of access to resources to satisfy even the basic human needs. Nearly half of the world population is still poor and live on 2.50 dollars a day. Nearly half of the world’s poor live in just 5 countries – India, Nigeria, Democratic Republic of Congo, Ethiopia, and Bangladesh.

Absolute poverty or destitution: when people are not able to or deprived of satisfying their basic human needs, which commonly includes food, water, sanitation, clothing, shelter, health care and education.  According to the World Bank, nearly 9% of the world’s population lives in absolute poverty on less than US$1.90 a day,

Relative poverty is defined contextually as the difference in economic capability or in access to services and resources in a particular country or society. It is a comparative approach. When we compare in terms of who is getting what, where and how.

Refer to World Bank report on poverty, updated in 2018

Article review on Multidimensional poverty in the world: Note down the major 10 points that you have learned.

Poverty in developed country: Who are the poor Americans?

The growing mass of people who no longer experience absolute poverty and is able to meet the basic needs of life.  Not yet achieved the so called affluent lifestyle of the West World  but willing and trying to achieve it. They are mostly left with significant proportion of disposable income and thereby creating an emerging market segment for consumer goods. According to the Brookings study (referred below), a global tipping point has been achieved in the recent times where half of the world is composed of middle class. The new global middle class in China, India and Brazil together have created an equal the size of economy of the industrialized G7 countries. By 2050, they are expected to account for nearly half of world output, far surpassing the G7.

Brookings study on the expansion of the New Global Middle Class

The bulging middle class in Asia

Africa's most developed countries (based on HDI ranking)

Task: Locate the countries on the map of the continent of Africa