Weather is the state of the atmosphere at any particular time.Weather can be described in terms of temperature, humidity, precipitation (snow, rain and hail), wind speed and direction, sunshine hours, visibility and cloud amounts. (Atmosphere is the blanket of gases and suspended solids and liquids that are held near to the earth mainly up to the height of 100 km from the sea level by gravitational force. The lower most layer of the atmosphere (troposphere) is the zone of weather because of the concentration of water vapor. We live in troposphere and get weather. Jet planes often fly in the atmosphere as it saves fuel. Can you guess why?)

What is meant by climate?

Record the weather components using the following Apps and links

What causes weather and climate?

A weather station makes continuous measurements of different aspects of the weather. Weather stations use standard instruments so that their readings can be compared.

The basic instruments required for a weather station: Stevenson screen

What does it mean by relative humidity?

How does Anemometer work?

Draw and annotate a wet and dry bulb thermometer.

Mention the measuring units of air pressure, rainfall, temperature and wind speed from the diagram above.

What is measured by the above mentioned instruments?

Explain how a rain gauge is used. (refer to the sample question from the past paper)

Annotate the instruments (Barometer) by using your text book.

Note the differences between an analog hygrometer and barometer.

A. Draw a Climate Graph using the given data

B. Describe the pattern of rainfall over the year

D. Explain how information about cloud cover is obtained

Spot out the Driest, hottest, coldest and wettest month of the year from the given climate graph.

Read about different types of clouds and their appearance

Identify (superimpose) the areas of tropical rainforest and hot desert on the map of climatic zones.

Polar: Has the coldest with temperatures almost always below freezing.

Arctic Tundra: Is extremely cold with permafrost soil. During the very short summer, the temperature rises above freezing point. Tundra is almost a treeless landscape. Over the last 20 years due to climate change, in the southern part of the tundra, parts of the permafrost have melted. Trees now dot the landscape, and animals from warmer climates are migrating in.

Taiga: The taiga is the world’s biggest biome. It covers nearly one-fifth of the Earth’s land surface and stretches across northern Canada and northern Eurasia. Evergreen forests of needle-leafed trees, including pine, spruce, hemlock, and fir are the common features of the landscape. Plants and animals have evolved to survive the taiga’s long snowy winters.

Temperate: Contains most of the Earth’s land masses with more moderate temperatures and rainfall year-round.

Temperate deciduous forest region has four distinct seasons and the forests change dramatically with the seasons. During spring, each tree produces thousands of new leaves filled with green chlorophyll. These trees prepare for winter by breaking down the chlorophyll in their leaves, become visible in autumn by the exposure of yellow, orange, and red pigments. These trees drop their leaves in autumn and are therefore called “deciduous”.

Temperate Grassland: Temperate grasslands include the prairie in North America and the steppes of Russian Europe and Asia, Pampas in Argentina, Veldt in South Africa and Puszta in Hungary. They are characterized by vast stretches of high grasses and wildflowers. Summers are hot and winters are very cold. These regions are prone to droughts (long periods without rain) and regular wildfires. Because grasslands have rich fertile soil, many areas that were once natural grasslands have been taken over for farming.

Mediterranean: this is one of the world’s smallest biomes, occurring on the west coast of the United States (particularly in California), along the coast of the Mediterranean Sea, and in coastal patches of South Africa, Australia, and Chile.Winters are mild and rainy and summers are dry and hot. The plants of the Mediterranean biome are evergreen, shrubby. Many have thick, leathery leaves that seal in moisture or leaves with small surface areas to limit water loss. The plants also have adapted to survive occasional wildfires. Some plants, such as chemise, can grow new shoots from underground roots, even though everything above ground has burned.

Tropical: has the warmest average temperatures and gets the most rain.

Tropical Rainforest: is marked by high average annual temperatures (26-27 degree C). Seasonal temperature ranges are low (1-2 degree C) but greater diurnal ranges (10-15 degree C). High, intense, convectional rainfall (due to high evaporation and evapo transpiration) occurs throughout the year. Humidity levels on the ground are high, often 100%. Since humidity is so high during the day, when cooling occurs at night, early morning radiation fogs form and heavy dew drips from the rain forest vegetation. Soil (tropical latosol) is infertile. Rainforests are very fragile habitats, called wet deserts,” which grow on soils poor in nutrients due to intense leaching.Trees are evergreen, multi-layered. The top canopy is between 30–50 m in height to compete for sunlight.

Tropical Savanna: tropical savannas are vast grasslands dotted with trees that spread across Africa, northern Australia, and parts of South America and India. Savannas are home to large group of plant-eating animals (herbivores) and their predators. In the African savanna, the plant-eaters include zebras, antelopes, wildebeest, giraffes, elephants, and rhinos. Predators include lions, leopards, cheetahs, and hyenas. In the Australian savanna, kangaroos are the primary plant-eaters. The weather in the savanna is warm year-round, and there are basically two seasons-wet and dry. To survive the dry season, many savanna animals migrate to other region in search of water.

Hot Desert: it is the driest biome. Some deserts, such as the Sahara, get less than an inch of rainfall in an entire year. To conserve water, desert plants have very tiny leaves or no leaves at all, transferring the work of photosynthesis to their trunks or stems. That’s why cacti have green “trunks.” Saguaro cactus is the state flower of Arizona, USA. Its thick stem with waxy skin and spines can expand to store water. Desert animals also have to deal with high temperatures and minimal water supplies. Typically, they are nocturnal, hiding out in burrows during the day to beat the heat. Some animals, such as the desert tortoise, go into “estivation” in their burrows during the hottest part of the year. Estivation is the desert version of hibernation when the animal’s pulse and breathing slow down dramatically so that they don’t need to use much water or energy. Click here to read more on Sahara

Logical matching and Memory games on weather and climate: 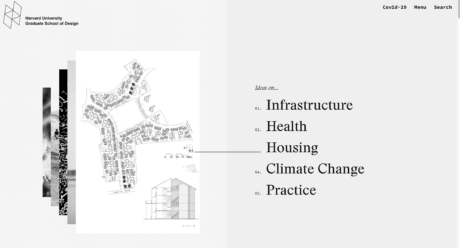 Earth Sciences and Geo-engineering opportunity at the Graduate School of Design: Harvard